Strings Attached is a NSW regional based, aerial-focused physical theatre company founded by Alejandro Rolandi and Lee-Anne Litton in 2006 which forms project to project. Strings Attached brings together artists whose common desire to create and perform innovative physical theatre that challenges and transforms their audience by reflecting upon the mystery of our human nature. Strings Attached has developed a strong focus in training artists in the company’s methodologies to create a safe and collaborative culture empowering the artist. Personal relationships are at the core to the work Stings Attacheds makes, from the producers, collaborators and performers each person within the project are chosen because of the long term relationships Alejandro and Lee-Anne have developed with them over the history of the company.

In 2015 Strings Attached opened a base of operation in the Hunter region, NSW (Lands of Wonnarua Nation) where they develop new and unique methodologies around the use of originally designed apparatuses and offer residential training for artists to deepen the craft of performance making. Strings also have a deep connection with Sydney through their training they regularly offer at Annandale Creative Arts Centre along with other institutions and organisations.

2022 marks a decade since Strings Attached premiered their first major funded work at Carriageworks “A Return to the Trees” a story that transcends cultures and socio-economic groups by stripping down accepted social environments to an unfamiliar place where survival is more important than custom. Set in the lowest echelon of a futuristic modern society where the earth's surface has been devoured by human expansion, it explored the essence of what it is to be a human being. This project was a direct development of three years of investigation during which Strings Attached created its own vocabulary of theatre performed within structures made of steel tubes and aided by aerial systems such as bungee ropes and harnesses.

Now they have returned to the trees stay connected to see what Lee-Anne and Alejandro are going to be up to in the second half of 2022. 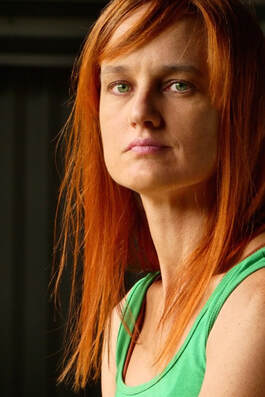 Lee-Anne Litton is a NSW based performance maker, physical performer and collaborator originally from Mandurah, Western Australia who has created and performed in works within the realms of dance, circus and physical theatre.

With more than decade of professional experience, she cut her teeth with Legs on the Wall in 2005 and stepped into the role as Co-Artistic Director 2016/17. Holding the reins of the company led to the premiere/presentations of ‘Highly Sprung” apart of Art and About at Martin Place 2017, Bleach Festival 2017 , Sydney Festival 2018, Red Earth Festival 2018 and Santiago Mil 2019. Lee-Anne’s strong connection passion for the Sydney physical theatre community led her to drive the vision for the parachute grounds that LOTW manages and spear head the programs such as Spark incubation residency’s and Parachute Festival, to uphold Create NSW vision for the Lilyfield site.

From 2010 Lee-Anne has been a collaborating artist with Immersive Physical Theatre Company Stalker leading her to perform nationally and Internationally in works “Encoded”, “Pixel Mountain”, “Creature: Dot and the Kangaroo”, "​Mountain", “Frameshift” both as choreographer and performer.

Lee-Anne’s curiosity in the line between aerial performance and dance theatre, influenced by her strong investigation and passion for Contact Improvisation, informs her work both on the ground and in the air, giving her the opportunity to choreograph aerial-dance scenes for several large scale productions, both nationally and internationally. She has nurtured her interest in the poetical and expressive possibilities that arise from this combination, developing a strong technical practice that is reflected in her work as well as the classes she regularly teaches.

Lee-Anne is passionate about the framework of interdisciplinary thinking and creativity in regards to the challenge of climate and social change. 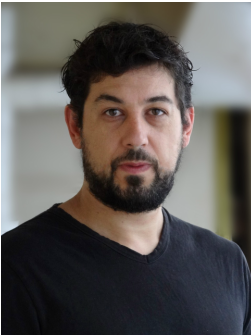 Alejandro was a co founder of Physical Theatre Company Strings Attached, leading them to their first major work “A Return to the Trees” 2012.
Other works include: “The Foreign Installation” 2006, “The Experiment” 2007, “Impermanence”, “Sound in Motion” and “2nd Storey” 2008, “The Ivory Tower”, “OJO” 2009 -2011,  “Levity” 2012, “In Common”, “Opposite Tangents” and “Time and Landscape” 2014, “Air Bourne”, “Stuffocation” 2015, “Unleashed” 2016, “Aerial Dance Collaboration” with French Company Cie Bivouac, 2018. (2019) “All That We Are “ that saw 30 Western Sydney Community members and trained aerialists performing in a large-scale aerial spectacle for The Real festival, Penrith. (2022) 'No place in a Gallery' apart of Monumental (working title) at Art Gallery of NSW curated by Latai Taumoepeau & Brian Fuata, produced by Intimate Spectacle.


From 2010 Lee-Anne has been a collaborating artist with Immersive Physical Theatre Company Stalker leading her to perform nationally and Internationally in works “Stultitia Humanum Est” “Encoded”, “Pixel Mountain”, “Creature: Dot and the Kangaroo”, “Frameshift”.

He has an ongoing investigation and choreographic research in Contact Improvisation that is constantly informing his choreographic practice and work as well as his classes. His teaching credits include; Strings Attached, Stalker, LOTW, Bangarra, SYDC, Force Majeure, ZenZenZo, NIDA, USNW, VCA, ACPE, Touch Compass Co.